All who attend the “Let’s Talk:  Candid Cancer Conversations” are amazed at the amount of useful information they receive.  These powerful and informative conversations are inspiring and empowering to all who attend.

Lead by 4-time breast cancer survivor, Sherry, these interactive conversations help attendees better understand this awful disease.  The more we know, the better we can help ourselves, our family, and our friends who are faced with a cancer diagnosis.

While there is no cure for cancer, being diagnosed early will allow treatment and survival.  On the other hand, being detected late often does not give the patient a chance to survive.

Caucasian women are diagnosed with breast cancer more, yet African American women die more. “Candid Cancer Conversations” are designed to educate and empower so we can save lives with early detection. And you can get a signed copy of Sherry’s book, When Cancer Calls. It helps people cope and gives them hope when dealing with a cancer diagnosis. Join the conversation by attending an event listed on Sherry’s calendar at http://www.whencancercalls.info

Or, invite Sherry to speak at your meeting, event or church group during or after October. 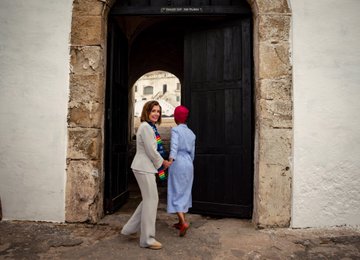 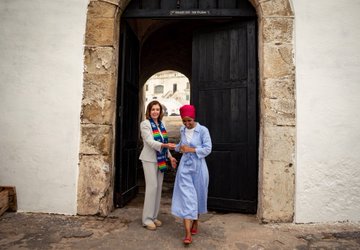 Behind the Lens Superstar

The Women Superstars Luncheon celebrates women of color in front of and behind the bronze lens. BronzeLens honors female luminaries in the film and television world. Now in our 10th year, the event includes a Bronze Carpet, lunch and awards program.

Celebrating the power and achievements of women of color in film and television has been a cornerstone of the original planning of the BronzeLens Film Festival.

These are our tax dollars.

Let your voice be heard in person, by phone, or by email.

At the Shrine of the Black Madonna in West End, young people help Jumoke Ifetayo light the Kwanzaa candles for the second of seven days of celebration.

Kwanzaa is started in 1965 by Dr. Maulana Karenga in Chicago.  It is celebrated December 26 – January 1.

The foundation of Kwanzaa are the Seven Principles, or Nguzo Saba. When Dr. Karenga created the

“The children will carry on the traditions of the land. So we must teach them the history”, said the narrator.

These children dance with the rattle instrument, the shekere,  as the narrator tells an African story with drums.

Rev. Keith Slaughter (above), a WAOK talk show host is tonight’s speaker.  He gives the message entitled, “Stand Your Ground”, in celebration of Day 2, Kujichagulia, self-determination. ‘Stand not to kill people, but to claim what is rightfully ours, what we need…our fair share.  Be truthful and put on the full armour of God as you fight for justice in this world. Pray the righteous will be there for us and beware of the haters!’

Rev. Slaughter’s message was powerful, informative, passionate, on point and short!  He was definitely on his game!

A packed crowd looks on at the Shrine of the Black Madonna during the 15th Annual Kwanzaa celebration at 960 Ralph David Abernathy Blvd.

Also, the Shrine has free Black History classes every Saturday from 1:30pm to 3:30pm.  Plan to attend with your family and friends.

Attend one or all seven Days of Kwanzaa at the Shrine.  It is fun for the whole family! It is free and open to the public.  A great way to support local Black vendors.

Would love for you to share your comments here after you attend any of the Shrine’s Kwanzaa celebrations.